From vision to reality. Sikes Ragan has a history of developing successful properties. 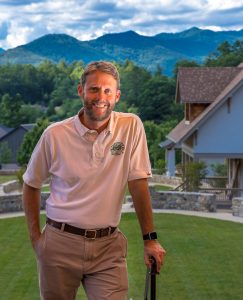 Sikes is motivated by his love of new and fresh ideas in the way people like to live. With that passion, he has created a walkable community, live/work spaces, a courtyard neighborhood and much more. For more information on the concepts that have shaped Cheshire contact Sikes — he is always willing to talk about his passion, The Village of Cheshire.

Sikes spent his youth living on this land which was then the site of the Western North Carolina Tennis Camp. The camp was operated by Sikes’ father during the 1960’s and 70’s and played a large role in Sikes’ childhood. So with strong ties to his family and this land’s legacy, Sikes began to think about a larger vision of how best to use the property. Today, The Village of Cheshire is the realization of his ideas—A walkable health-oriented community which just happens to be located in one of the most desirable areas in the country. 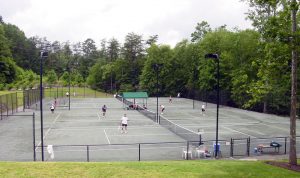 Sikes named the development in honor of his grandmother, Jocelyn Cheshire Sikes Ragan, who had a special love for the boxwood gardens in the Village, which has been protected as part of Cheshire’s green space.

Sikes graduated from the University of The South with a major in Psychology and a minor in Religion. He combines the duties of managing The Village of Cheshire, along with being a Paramedic. He is a proud father of two daughters and a son. He enjoys tennis, mountain and road biking, sea and whitewater kayaking, rock climbing, golfing, skiing, running, and swimming in his spare time.